European markets are once again a little mixed on the open on Tuesday, as investors await the signing of the US-China partial trade deal and the start of earnings season.

Details of the trade deal are starting to emerge but there’s still a lot we don’t know. What has been leaked looks to heavily favour the US but as ever, the devil will be in the detail. We’re also seeing the pre-signing gestures of goodwill, with the US going back on its decision to label China a currency manipulator in August.

Ultimately, it all comes down to how sustainable the deal is. There’s not much optimism out there at the minute that it’s the first deal, rather likely the only deal. So it’s even more important that it sticks, otherwise all of this effort and disruption has been in vain.

It will be interesting to hear what corporate America thinks of the detail and, thankfully, we won’t have to wait very long. Earnings season gets underway today, with JP Morgan, Citigroup and Wells Fargo all reporting. The bar has been successfully and reliably lowered heading into the season and expectations are for a fourth consecutive quarter of negative earnings growth.

Here in the UK, the debate is underway about interest rates and whether policy makers are right to be considering a cut. Yesterday’s data did little to support the argument against a rate cut but should we really be taking anything away from November numbers? The proximity to the election and Brexit is surely a huge hindrance and not an accurate reflection of the economy.

Still, that didn’t stop policy makers from alluding to an impending rate cut and markets from responding accordingly. I’m not really sure what a rate cut will do at this stage and many expect a bounce in the data in the coming months regardless. The pound remains under 1.30 against the dollar though and could come under further pressure if the data doesn’t improve.

Earnings season may weigh on gold

Gold is in the red again on Tuesday after dropping almost 1% at the start of the week. The safe haven need has faded dramatically over the last week and with it, the demand for gold. Despite dipping below earlier, it is still trading in the $1,540-1,560 range and may continue to find support around these levels. A decent start to earnings season may weigh further though, with both improving sentiment and a stronger dollar weighing on the yellow metal.

Oil is slightly in the red again, extending its losing run to six sessions, but momentum is slowing and Brent is finding some stabilities in the mid-60s. Geopolitical risk may keep it a little elevated but that has subsided a lot in recent days. Prices are now back at mid-December levels, long before tensions between the US and Iran spiked. Brent is finding some support around $64 for now but this may give way if the recent calm continues. Below here $62 looks interesting. 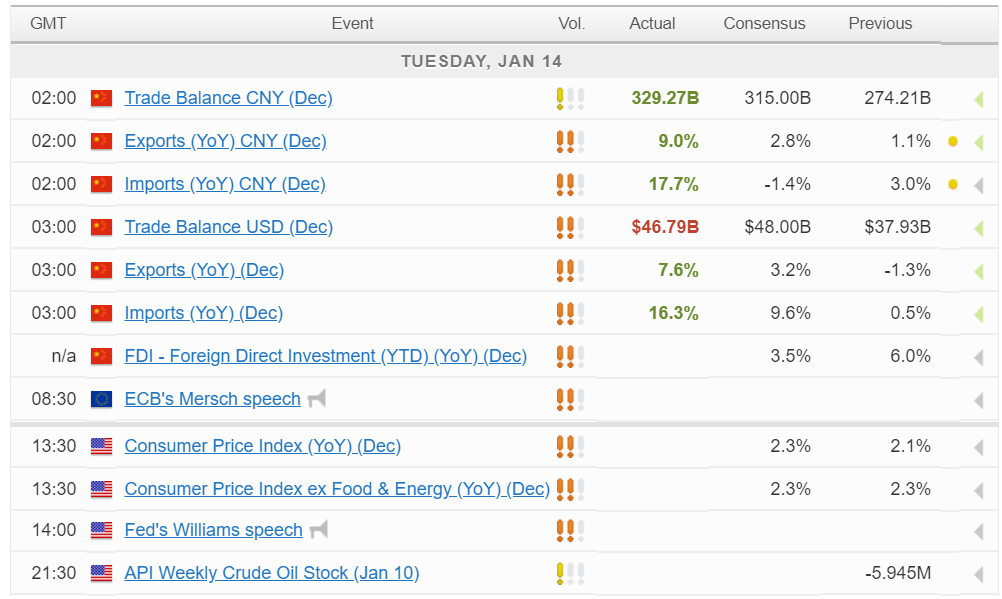